The General Association of Engineers in Romania 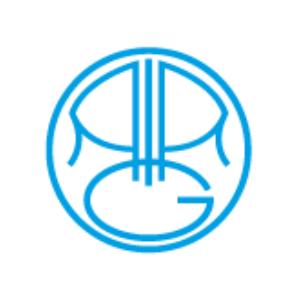 Adhesion
1996
Declared number of engineers
12500
Number of EUR INGs
220
Join this national member by going to their website and checking the conditions to join!
The General Association of Engineers in Romania

In Romania, the first durable, professional engineering association, was founded in 1881, under the name of Polytechnical Society. The Romanian General Association of Engineers was founded in 1918. Both associations coexisted until they merged in 1949. Then followed a period when the resulting organisation had different names.

In 1989, the Romanian General Association of Engineers, a professional, non-governmental, non-political, non-profit making association under supervision of the Law n&deg; 21/1924, has been reconstituted as a lawful successor of the original associations. It is an open organisation, its members are engineers with recognised title, having the rights and obligations defined by its Statutes, without distinction of speciality, sex, nationality, ethnic, political or religious belonging.

AGIR has a federal structure, comprising 28 territorial branches and 12 speciality-based associations. The supreme leading authority is the Congress, which is normally convened every four years. The Council, the members of which are elected by the Congress, convenes in plenary sessions at least twice a year. The 15-member Executive committee of the Council and the technical and administrative staff provide for the effective management of the association.

Individual members (engineers and students in their final year)

Supporting members (institutions, companies and other organisations that support the association’s activity)

to promote the unity of the engineering profession in Romania, in order to increase the contribution of engineers to technical, scientific, economic and social development in Romania

to support the development of technical and scientific research, in order to ensure the competitiveness of the Romanian economy

to ensure a wide exchange of knowledge and experience among its members and the access to technical information for the Romanian engineering community, in order to increase the efficiency of their activity and to attain a higher professional level

In view of its purpose and objectives, the association:

AGIR is financially independent and receives no governmental or other grants. Its financial basis is made of individual and collective member fees as well as income from the association’s real estate.

AGIR’s bimonthly publication "Engineering Universe" contains information about the internal and international technical and scientific information. It is sent free to all members. Other publications include the "AGIR Bulletin" which appears quarterly and the "AGIR Yearbook".